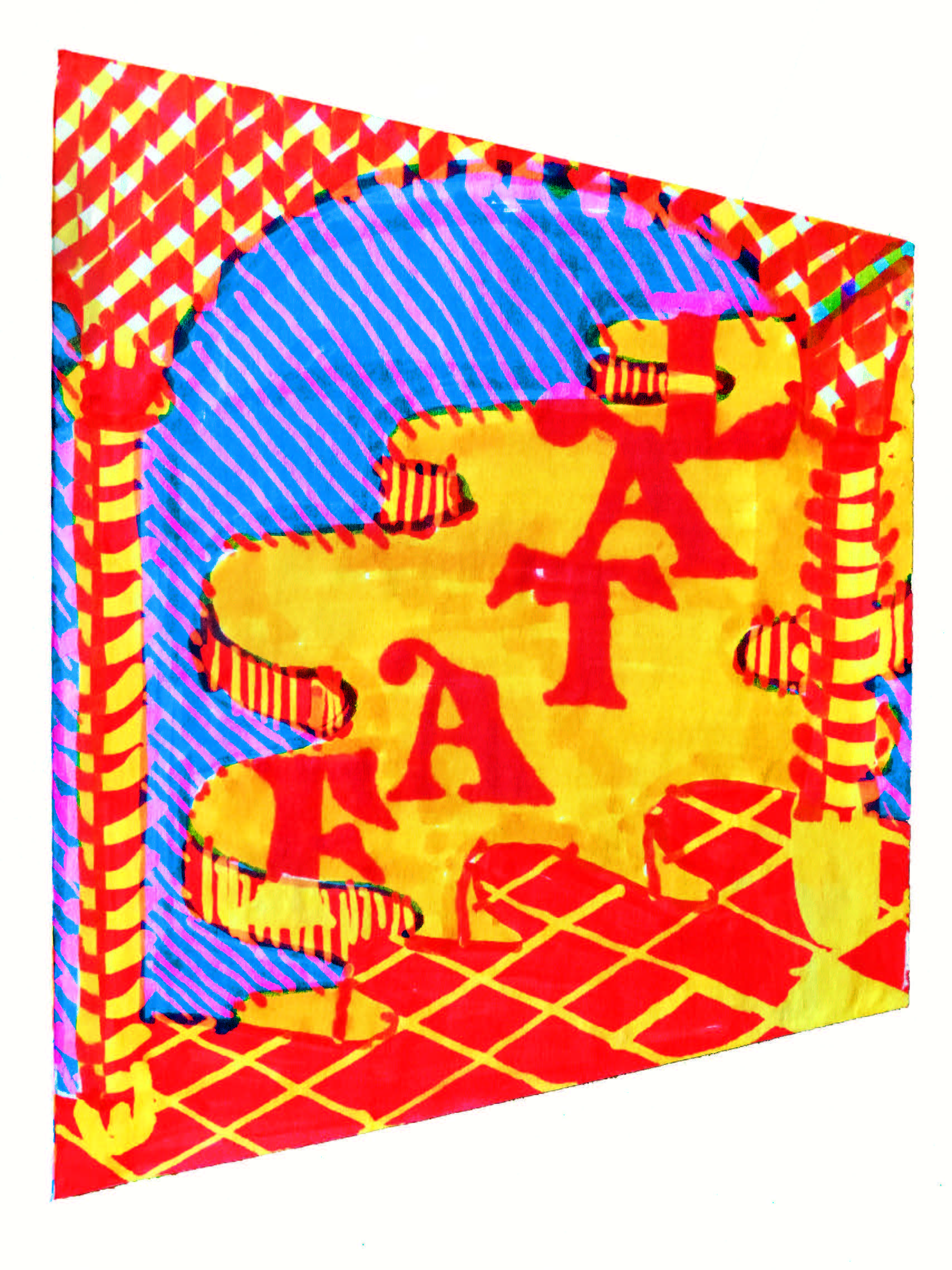 Galerie der Stadt Schwaz presents the first institutional exhibition dedicated to the Hamburg artist Henning Bohl’s work in Austria. Bohl, who holds a professorship for painting in Vienna, aims at a markedly extended understanding of what a picture is, focusing on interfaces concerned with the composition of pictorial forms and their organization in space. He questions the general conditions of pictures on the one hand, while featuring them in his installations on the other.

The new objects and drawings presented in Schwaz show a further diversification of the artist’s recently developed vocabulary. Lance-like objects, metal awnings, and panne draperies appear as actors in a stage-like setting. The plot is obscure, yet determined. Furnished with several arms and made of lathed sticks with gloves pointing in all directions, a master of ceremonies of sorts dominates the central wall of the exhibition. The form of this wall object is equally multiperspectival. Does somebody point his fingers at others here or reach out toward a distant point in an attempt to bridge the distance with overlong arm prostheses? Are these gesticulating arms at all or rather medievally cast weapons or their padded descendants from contemporary live-action role-plays?

Many of Bohl’s works show such fade-overs of historical references and their afterimages from contexts that have developed a life of their own beyond art historical canons—from the world of computer games, fantasy literature, deviantART, or heraldry. By relating different systems to each other, the artist offers a wide range of possible readings. The operations Bohl confronts us with are contradictory—oscillating between illusion and disillusionment, between the desire for authenticity and its simultaneous rejection, in quest of borderlines and tilting points along which the works are taking shape. While they show their origin and design on the one hand, they entirely give themselves to a fantastic illusionary space on the other, a space fueled by Henning Bohl’s different sources and fields of interest.

Reducing things to an absolute form identical with itself is held up to mockery, and the viewer finds a possibility space opening up that lends a positive connotation to unreachability and celebrates the ambiguous gesture.

Henning Bohl holds a professorship of painting at Vienna’s University of Applied Arts. Exhibitions of his work include shows at Carnegie International in Pittsburgh, What Pipeline in Detroit, Hamburger Kunstverein, Kunsthalle Nürnberg, and Kunstverein für die Rheinlande und Westfalen in Düsseldorf.