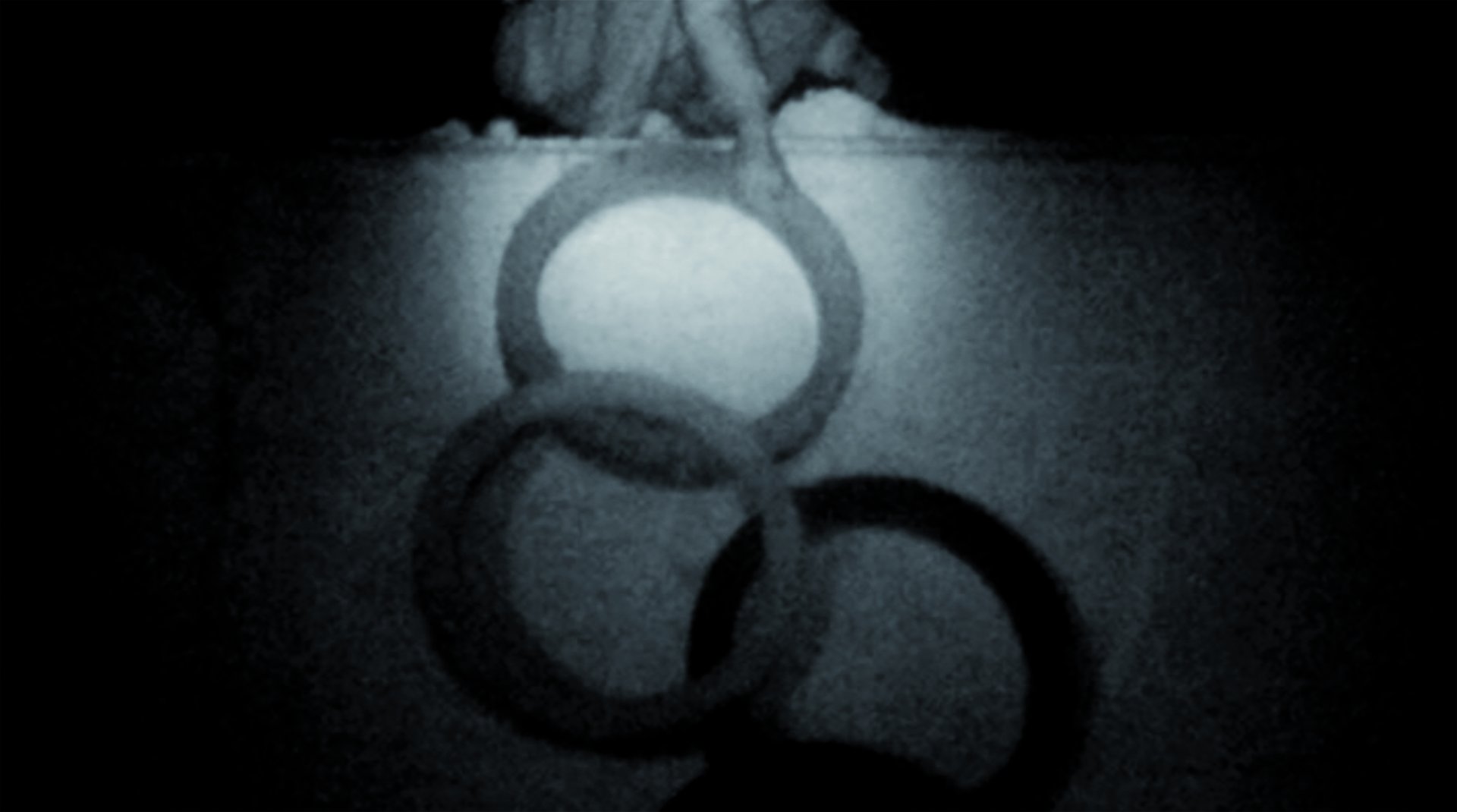 The Gallery of the City of Schwaz presents Herwig Weiser’s first institutional solo exhibition in Tyrol offering a survey of the artist’s production from the last twenty years. The groups of works on display were mostly developed and fine-tuned over several years and often produced together with scientists and musicians.

For his sculpture Ambigious Cut into Space of Conjecture (2011/2015), for instance, Herwig Weiser relied on quantum materials which are industrially used to enhance the brightness of colors in displays, among other things. He detached the quantum dots from their serving function in the production of pictures to let them exert their effect as an independent material. Filled into a rotating round metal object, the quantum material generates a psychedelic riot of color, which inevitably spellbinds the viewer. Stimulated by ultrasound and mechanical rotation, existing molecular connections are severed. The ultrasound controlling the pictorial process remains inaudible to the human ear. Herwig Weise describes his rotating sound sculpture as a further developed experimental film and as an example of “media under drugs.”

The sculpture Olympische Ringe (Olympic Rings), which is shown for the first time in Schwaz, has a quite different genesis. It comes from the film olympia 2001, which Herwig Weiser made together with Hannes Baumann. The film shows the dismantling of the Olympic Rings at the Bergisel Ski Jump in Innsbruck by night. The erstwhile act of sabotage was directed against a highly charged prestigious and historical symbol distinguishing the Olympic City of Innsbruck and being of key importance in the media.

Herwig Weiser’s film installation untitled (Bergisel) from 1996 already used the Bergisel Ski Jump as a motif. The film is screened on an ancient Bellevue projector mounted to the wall like a lightbox. We see a rear-view figure floating up the steps next to the jump as if by magic and then slipping down again. The tiring ascent is transformed into a strangely gliding movement by means of stop-motion technique. The strong upward perspective and the Constructivist architecture of the ski jump lend the place something dreamlike and surreal, turning it into a scene in which one moves without getting anywhere. It is a situation resembling that of Sisyphus. The ghostly floating motion recurs in the looped film strip that revolves in circles and also appears outside the projector. Herwig Weiser deliberately employs so-called outdated technologies such as Super 8 and 16 mm films or old-fashioned projectors as each of these technologies entails its specific aesthetic language, which is important for the artist’s media-archaeologically inspired filmic language.

In his new film Haus der Regierung (Teil 1) (Government Building [Part I]), Weiser again makes a great architecture shake. The Constructivist residential complex, which was built for Communist Party officials in Moscow between 1928 and 1931 and comprises 505 living units as well as a cinema, a kindergarten, a post office, and a theater, is also known as the House on the Embankment and became a notorious target of Stalinist purges in the 1930s. Wieser’s filmic adaptation conveys the impression of an abstract ghost or dream world coming alive in the heroic Constructivist rooms. Performative interactions as well as special spotlights and divergent exposure times create an “abstract unstable spatial sculpture,” which covers and presents the rooms as overdrawn in a steady and apparently aimless movement. In conjunction with the varying exposure times, Weiser’s later montage and application of overlapping layers cause an architectonic trembling breaking up the space analogously.