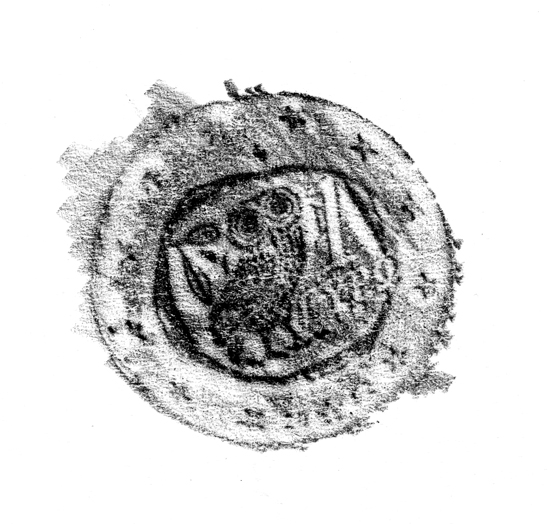 The works by various artists assembled in this exhibition at Ulla Rossek’s invitation operate within a projection space pivoted on the assertion of rebellion. Though the frottage of a Greek Euro coin on the invitation card and the title of the show draw militant connection lines to pressing discussions on economic policy, the presented works and strategies are anything but loud. What prevails rather are reduced gestures that avoid the cliché of rebellion. In a society suffused with the ideal of efficiency, the exhibits insist on a supposedly inspiring refusal of, and resistance against, the omnipresent appeals to activity and production.

Ulla Rossek decided to deviate from the familiar functions of the gallery’s rooms: the entrance area and the room usually housing the reception and office desk were turned into an independent exhibition space, while the working area was transferred into the so-called main space. Not least owing to its old stone floor, the predominantly empty foyer came to resemble a monk’s cell or an abandoned sanatorium. The book created by Ulla Rossek, which is on display here, combines texts from a variety of works from the past that deal with the idea and nature of money. The texts were reproduced with a library scanner and then bound by hand. The elaborate handiwork evokes the once important copying process of manuscripts in scriptoria as opposed to today’s copying activities which are regarded as uncreative. Using the provided headphones, visitors may also listen to the texts which are read by the artist. One of the texts selected for the book is the absurd and anarchic epistolary novel Der Geldkomplex (The Money Complex) by Fanny zu Reventlow published in 1916. The book is about a notoriously indebted woman that withdraws to a sanatorium to have her complex treated. Paul Schilder’s text Psychoanalyse der Volkswirtschaft (A Psychoanalysis of National Economy) of 1940 discusses whether psychoanalysis has taken the issue of money seriously enough. Don’t numerous traumata or neuroses arise from financial predicaments rather than from early childhood developments? Simcha Ejges’s thesis Das Geld im Talmud (On Money in the Talmud, 1930) explores how the currency capability of coins is defined by the people and their acceptance in the central text of Rabbinic Judaism. That money may not be accepted is illustrated by a story that has come down to us from Roman times: the population rejected the frequently changing new coins of the occupying power and continued to use its old currency.

Nadja Athanassowa’s contribution, which was especially created by the artist for the exhibition on site, is also about refusal and resistance. Her work confronts us with a fragment of the Gospel according to St. Luke (22:52) written directly on the wall. The quotation comes from the Pattloch translation and reads “Wie gegen einen Rebellen seid ihr ausgezogen . . .” (“Are ye come out, as it were against a rebel . . .”). Most other translations use “murderer,” “robber,” “thief,” or “fomenter” instead of “rebel.” The word “rebel” lends particular emphasis to the political and spiritual dimension of Christ’s arrest and refers to the Pharisees’ attempt at alleging that Jesus encouraged the people not to pay taxes to the Emperor of the occupying power, for example. The use of the word “rebel” also underlines the accusation that Jesus had come to overthrow the Roman religious rules and was thus to be regarded as a spiritual agitator.

Nora Schultz is clearly more interested in the genesis of pictures and objects and their material traces than in finished works. This is why the production process features prominently in her prints, printing machines, installations, and performances and can always be made out. The exhibition comprises a larger-than-life self-printed bill from her series “money test” (2012). Suspended from the ceiling, the anarchic banknote hints at its status as an artwork between attitude and commodity.

Inka Meißner’s monotypes are presented in the same room. The series of prints belongs to her work Roma Termini, which also includes a video clip. Both parts are based on iPhone shots the artist made during a trip to Rome. The Rohrschach motif known from the artist’s previous works makes its appearance again and points to the present boom of neuroscience discourses. The Rohrschach pictures are juxtaposed with pictures of the incrustations from the Basilica di Santa Maria ad Martyres in Rome. Pieces of glyptic art that provide a framework for the tombs of a series of painters and kings show similarities with the Rohrschach pictures’ forms, yet seem to take a different direction. The video shows the way through the underpass below Rome’s main station in center of the city, which is primarily used by car drivers. It is only illuminated by daylight. For some years, the underpass has been used as a shelter by African refugees seeking to enter the EU. The artist confronts the viewer with “alien pictures” of socially unintegrated places, situations, and moments.

The watercolors presented by Jonas Lipps may trigger equally disconcerting feelings. The sheets abound with strange beings and figures lying in wait for each other, devouring each other, or making their appearance in each other’s dreams. Painted succinctly and in a fascinating, colorful childlike manner, Lipps’s monsters have sprung from “the sleep of reason.” Social relationships of violence are transformed into apparently innocent miniature allegories.

This exhibition space also comprises three drawings by the Berlin painter Joachim Gutsche dating from the 1980s, the time before the fall of the Berlin Wall. Gutsche’s biography was markedly influenced by the history of the Cold War in Germany, and his works have to be seen in this context. Ulla Rossek chose three samples taking up the subject of money from the artist’s extensive bequest of drawings.