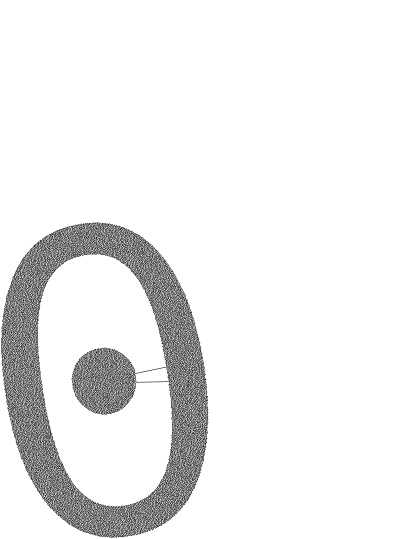 When bodies tumble from the Venice skies, they seem to plunge ecstatically into infinity. Until they dissolve into point clouds shimmering in the light of the projection. Rens Veltman mistrusts the promises with which the digital revolution forges ahead. He neither succumbs to the dizziness that makes us stagger nor to the shenanigans aimed at convincing us to believe that we are witnessing the conquest of a new world. For the exhibition presented in the gallery of the city of Schwaz, Rens Veltman decided to let machines operate, which, fed with specific algorithms, produce drawings. The machines are robots constructed and programmed by Veltman himself. According to the robots’ program, the lines mark the shortest possible routes between the various points at the given coordinates. Painting by numbers, Veltman’s robots resemble travelling salesmen striving to optimize their itineraries between stops.

The word robota, which is of Slavic origin and means statute or forced labor, was first used by the Czech artist Josef Čapek for an apparatus he built in 1920 which was meant to relieve people from work. One year later, Karel Čapek, the artist’s brother, published a play titled R.U.R. – Rossum’s Universal Robots that centers on a factory breeding cheap workers without rights.

It is not least the history of robots that provides the basis for Rens Veltman’s investigations into the relationship between man and machine, body and technology. What does it mean to organize work in a way permitting that it can be done by a machine? Which forms of abstraction apply in this case? And what about the calculations along whose lines movements or acts of thinking are automated? Veltman tries to get to the bottom of circuit diagrams conceived in keeping with physiologic and logistic principles to enhance the efficiency of “working processes.” He strives to understand the layout of microcontrollers with their diodes, transistors, and resistance elements to unravel the apparatuses’ specific operations and to fathom their functional potential. His investigations encompass more than just the so-called hardware, the metal plates, wires, insulations, and conductors; they also explore software codes, the mathematical construction kits of the algorithms that determine the countless computerized processes of today’s everyday life.

The “travelling salesman problem” stands for an algorithm designed to yield the shortest route between two points. A map of optimized routes depends on this algorithm for defining the course of lines. The travelling salesman algorithm is an essential tool for programming route planners as well as for cutting machines or circuit layouts.

Rens Veltman combines the technological achievements of machines and algorithms with the aesthetic parameters of art by constructing robots that execute drawings. He built his first robot in 1995, which, unlike the small drawing apparatuses he uses today, was six meters long and, based on the Cartesian principle, worked with x and y coordinates: it drew points, but no lines.

For his exhibition in the gallery of the city of Schwaz, Rens Veltman developed a new series of gantry robots controlled by a mini Linux PC. The cost of materials was essentially smaller, as was the proportion of mechanically moved parts; the dynamics of the machine parts had been clearly reduced. Veltman uses the greater intelligence of the machines for assigning more complex tasks to them, i.e. has them draw lineatures whose course he defines from his computer or even his smartphone by means of special algorithms. Lines are important in various respects: on the one hand, they feature as a connection between body and mind; on the other, they provide Veltman with a medium of abstraction for exploring motions. How even the biggest animation studios hit the wall when dealing with bodies illustrates that human motion constitutes a particularly complex “course of lines.” In his video installation hands have no tears to flow presented in the Austrian pavilion at the Venice Biennale in 2012, these “natural” lineatures of the body in motion provided the starting point for an extensive mise-en-scène of digital point clouds. With this project, Rens Veltman succeeded in staging what is technologically feasible and shedding critical light on the helpless trust we have to fall back on if we do not understand the operations of the technologies we want and/or have to rely on.

In the gallery of the city of Schwaz, Veltman used four gantry robots, which were mounted on the gallery’s walls and continuously made drawings for the duration of the exhibition. Rens Veltman also exercised control over the wall drawings by changing the robots’ position several times. With the finissage, the processors ceased to work and the show, conceived as a process, came to an end.