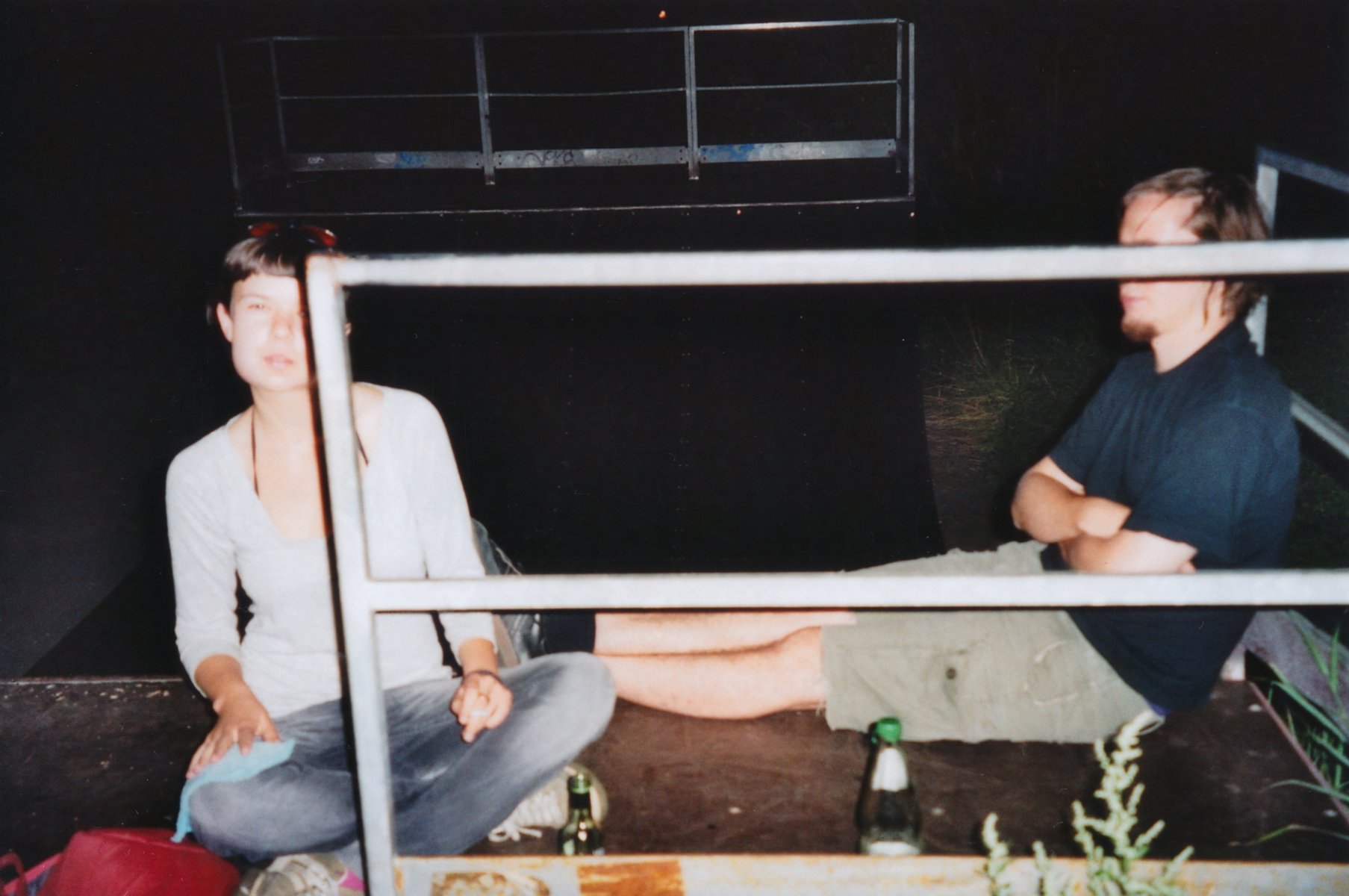 In contrast to earlier series, the 32-part photographic series presented in this exhibition depicts for the first time the artist’s extended circle of friends in Bayreuth, northern Bavaria, about 400 km from Schwaz. When these pictures were taken in the mid-00s, the protagonists, in their early to mid-20s, had actually already outgrown the rituals of their teenage years. Among these rituals was the nightly communal consumption of music, alcohol, nicotine, and above all – the “shit” imperatively stated in the exhibition title – marijuana, in all its various high-intensifying forms.

Megerle’s images document the twenty-somethings’ yearning for hallucinatory escape from this environment, while at the same time illustrating the increased gravity and power of the environment as their intoxicated states cause them to sink deeper into it. Interspersed among the portraits of the artist’s friends are interior and exterior shots of the unglamorous townhouses in which these encounters took place, snapshots from the recurring parties and events. News footage on televisions in their parents’ houses or the escalation of cultural isolation, the permanent presence of pornographic images on friends’ screens bear the only evidence of connection to the outside world. This stylistically consistent portrayal of a social scene immersed in an atmosphere of reciprocal stasis and drug-induced narcosis, below the surface of public perception and limited to a few scenes, reveals the artist’s various approaches and relationships to the documentary medium of photography: several levels of documentation blur into one another, intertwine, providing a representative overview and describing intimate phenomena from a subjective perspective, or perhaps Megerle uses documentation itself as a gesture.

Having initially attempted to separate his ongoing photographic examination of his familial home from the casual, not-for-presentation chronicling of hanging out with his substitute family, this series marks a turning point in his oeuvre, and outs the artist as a non-sober documentarian of his stagnant local scene as well as of his own involvement. Processing the prints at a German drugstore chain offering limited photographic services, and using its customized framing, are details which reinforce the visual effect of the imagery of a certain, irretrievable life phase of the artist and the portrayed subjects living in a common trap: the playlist of alt-rock and hip-hop already played several times over, the closest big city is too far away, cultural initiatives in small towns are pointless, pressures to start a family or move away predominate. The French philosopher Roland Barthes once summed up the essence of photography thus: a depiction of something living that is known to be already dead or soon to be dead - a well-known thesis, but one that finds ample compelling confirmation in this exhibition.

Text by Christian Egger (born in Innsbruck, lives and works in Vienna)