She is in it not not at all 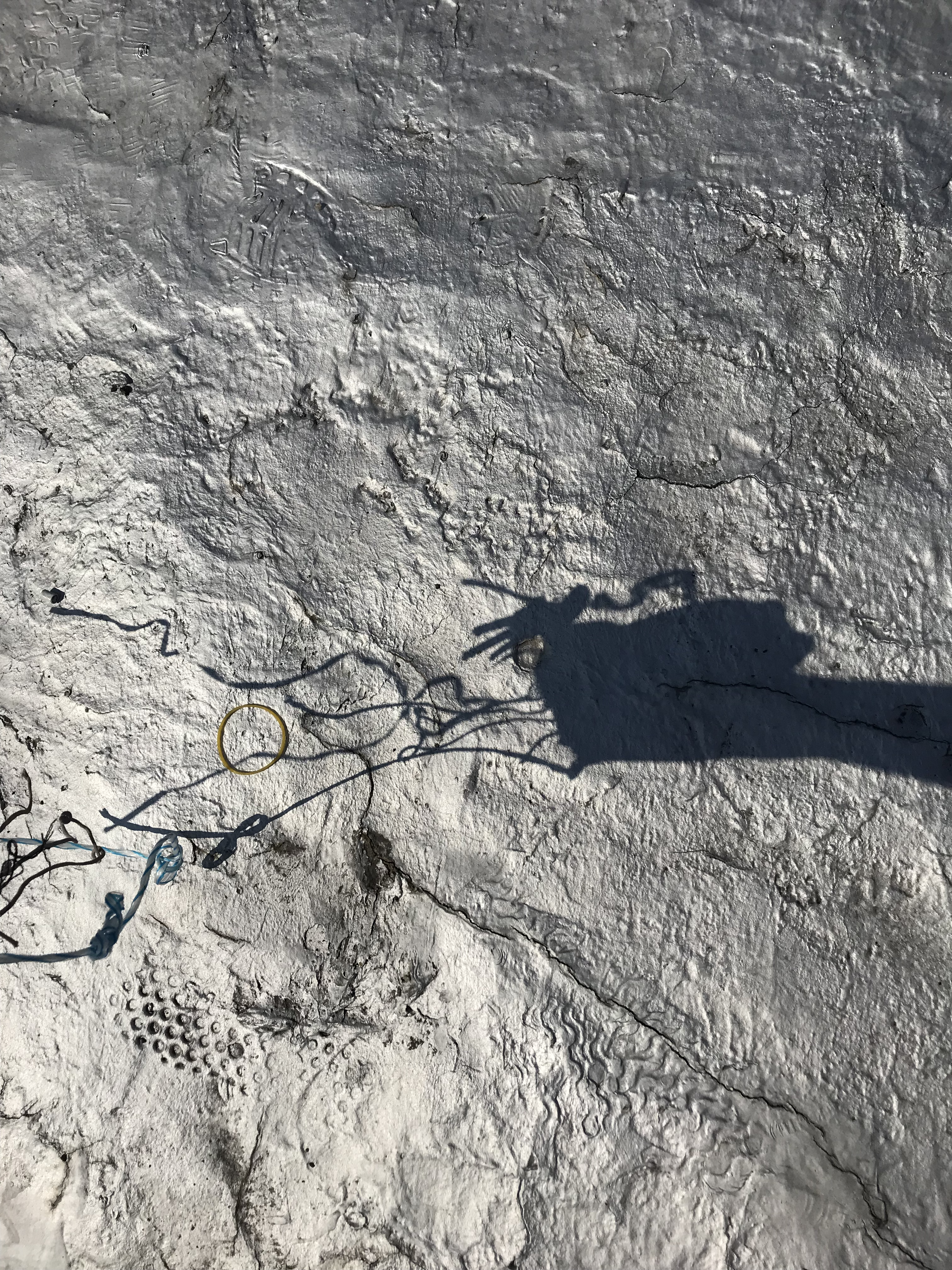 Ideations of anonymity have plagued mankind for centuries. Once you are somewhere else, can you have the capacity to be someone else? Only in spirit, it seems.
Anything that ages is an apparition of its former image.

In 'She is in it not not at all', Julia Znoj questions the reality of repetition through layers, of time and material passes, sound heard and empty encasings that beckon the questions: What is a part? What makes a whole? In material studies, a negative is a cast-off and a positive is the desired, or intended object. Making works that stem from past pieces based on feminine props, Znoj brings forth the previously discarded to the forefront and invites the audience to look at forms in parts, versions or iterations of a past life that rework an original narrative.

Movement as a passage of time is an inevitable undercurrent to work. As travel has informed the making of the exhibition and in acknowledgement of an audience composed of partial out-of-towners, a sense of roaming further foregrounds the current state of Znoj’s practice that is constantly in flux. Drawn to music and sonic experiences, the artist also presents her first cohesive sound piece, Sculls (2022), in reference to the small wooden paddles that propel a boat but only by a willing participant or a swimmer’s skill to move underwater. The vinyl, as an editioned work is available to the audiences, further questions the utility of an object past its prime or essence of nostalgia.

Water is another formal component within the installation, where the dual literary and literal embodiments are felt throughout in reference and materiality. Notable traces of residue and impressions are an essential part of the work. For instance, the sculpture Ophelia (2022), a sculpture made of thermoplastic reiterates the idea of vanished objects with their exterior, structural components left bare to witness for a foreseeable eternity by way of material longevity. The hard shell of something is all that remains of the object’s body, but in conjunction with the other collected unseen objects under a wave-like blanket, a new corporeal and collaged identity is created.

In this way, the exhibition object’s former lives are explored through their death, their intentional removal, and their out-datedness attributes. The work presented in 'She is in it not not at all', then seeks to frame an ancient Athenian argument, known as The Ship of Theseus, to the audience. The core question is, once an object – with all its initial ownership, power, or presentation – needs to be replaced again and again, even out of its original image, is it ever fundamentally the same?

Brit Barton is an artist and writer based in Zurich and Chicago.

Kunstraum Schwaz in cooperation with Exhibitions on paper:

Exhibitions on paper is an artist edition born in 2016. Stamped with the data of each exhibition, the publications are available as limited artist edition.